In a new directive, President Obama instructed the White House and all federal agencies to optimize their websites and services for mobile device access. He called for every agency to publish mobile apps for at least two of their public functions, within twelve months.


"Americans deserve a government that works for them anytime, anywhere, and on any device."

The president echoed others' predictions that, by 2015, more Americans will go online via mobile devices -- phones, tablets, and laptops or other portable computers -- than by way of the traditional 'desktop' computers used in homes and businesses since the late 1970s.

But he also stressed that his new strategy is not intended simply to help government in providing better, more efficient services. And although giving citizens more convenient access to federal data would be a worthy goal on its own, that's not the big picture, here. 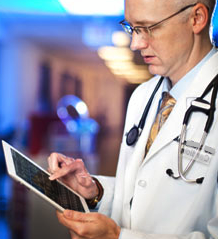 "By making important services accessible from your phone and sharing government data with entrepreneurs, we are giving hard-working families and businesses tools that will help them succeed."

In his directive, he notes how Web technology is rapidly changing many aspects of our lives and commerce, from simple online transactions to cloud-based applications ...and yet our government has failed to keep pace. Here's an excerpt from that memo, entitled “Digital Government: Building a 21st Century Platform to Better Serve the American People".:

Exponential increases in computing power, the rise of high-speed networks, and the growing mobile revolution have put the Internet at our fingertips, encouraging innovations that are giving rise to new industries and reshaping existing ones. 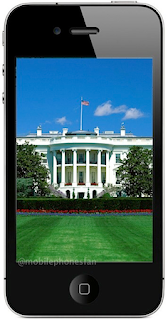 [...] it is time for the Federal Government to do more.  For far too long, the American people have been forced to navigate a labyrinth of information across different Government programs in order to find the services they need.  In addition, at a time when Americans increasingly pay bills and buy tickets on mobile devices, Government services often are not optimized for smartphones or tablets, assuming the services are even available online.

In line with delivering more information, more quickly (and securely) than before, all agencies are now tasked with ensuring centralized data-access for outside developers. Their records must now be machine-readable and available via mobile-optimized resources.

Each agency must also create a 'digital strategy' page on their websites (e.g.: www.[agencyname].gov/digitalstrategy) within 90 days, by which time they must issue a public progress report. As the directive implies, the very public nature of this process is key.:


Ultimately, this Strategy will ensure that agencies use emerging technologies to serve the public as effectively as possible.  As a Government, and as a trusted provider of services, we must never forget who our customers are -- the American people.

After a 2008 election campaign noted for sophisticated use of social media in harnessing grassroots support, the Obama administration has pushed for online access to government records. Today's announcement could prove to be the culmination of those efforts.


via: whitehouse.gov
Posted by Mobile Phones Fan at 9:55 AM