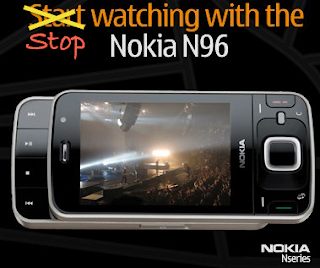 Finnish phones giant Nokia has lost their appeal of a 2011 court decision finding them in violation of a patent held by Germany's IPCom. As a result, IPCom has been granted relief in the form of a United Kingdom sales-ban on the infringing Nokia phones.

But it's not so easy as all that. This case is full of ups and downs...

Fortunately for Nokia, the UK ban applies only to their N96 ...a phone they stopped making @ 2010. Unfortunately for IPCom, this brilliant victory caused the European Patent Office to re-examine others of their prized patents, one of which was ruled invalid.

This latter decision came as stunning news. For several years, IPCom has made a good profit  hounding various tech firms for extortion licensing payments, due to supposed infringement of IPCom's now-infamous telecommunications patent EP 1 841 268 (#100a).

MobilePhonesFan notes the EPO's revocation of #100a comes at an auspicious time for the Eurozone, which now finds itself wanting for economic innovation. Obstacles to productivity -- especially new, aggressive patent trolls -- are the last thing they need.


via: Reuters
Posted by Mobile Phones Fan at 7:53 AM